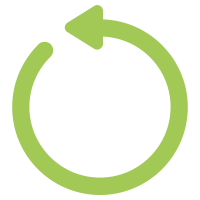 • Best-selling diet shake in the Netherlands and Belgium
• WINNER: Best weight loss product of the Netherlands in 2019 & 2020
• Contains only 46 kcal per shake
• 100% natural active ingredients

Proven average weight loss of 8 to 10 kg per month

You can lose weight quickly, healthy and permanently

Healthy and based on a balanced diet

Lose weight while eating and without feeling hungry

Guaranteed result
Back to: GoSlank Webshop 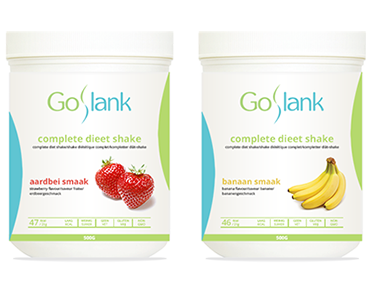 With GoSlank you will not feel hungry, there will be no yo-yo effect, this diet will make you feel much more energetic, and your natural resistance and digestion will improve. The GoSlank shakes contain 25 natural ingredients that have scientifically proven to stimulate fat burning. GoSlank has combined the traditional knowledge with regard to weight loss and the latest scientific findings (see list of ingredients). And all this with only 46 kcal per shake!

This is how our customers lose an average of 8-10 kilos per month. With GoSlank you will not just lose weight quickly, but also in a healthy manner! This is why GoSlank is the best-selling diet shake in the Netherlands and Belgium!

Best-selling weight loss shake in the Netherlands and Belgium!

Here you can read some of the experiences of our customers who, thanks to GoSlank, have successfully reached their target weight. Share your own experience by sending an email to info@goslank.com

"My name is Judith Smeets. I'm married and have a family with 3 kids. Early January 2015 I decided to lose weight, as I was weighing 120 kg. I was extremely motivated and had already adjusted my eating pattern. I also went for walks at least 3 times a week. In the beginning it went okay, I even lost 3 kg in the first month. But the next month my weight remained the same, I didn't lose a single gram. A colleague advised me to use GoSlank, which I started in March. The first week I could see myself becoming slimmer, but I waited patiently to weigh myself until the week had passed. When I got onto the scale I was flabbergasted: I had lost 3 kg is just one week! This made me very motivated to go on. The first month I lost 9 kg in total, and in the 18 weeks that followed another 30 kg. I now weigh 78 kg, and I never even dreamt of achieving this!"

Patricia Koning, -22 kg
"After I got married I slowly began to gain weight. Parties, social life and just eating what you like. I had a wonderful time, but after 1 year I realised that I had to do something about it. I didn't feel comfortable anymore and wasn't happy when I looked at myself in the mirror. I started to exercise, but this didn't give the result I wanted. I first got to know about GoSlank through an advertisement in the paper. When I read the positive reviews on the Internet, I decided to give it a try. When I started, my weight was 81 kg, and I secretly hoped to reach 60 kg. I felt a bit hungry during the first few days, because I didn't know exactly what I had to eat. But soon enough I got around to that and it became a lot easier. I was surprised at how good you can feel about yourself using GoSlank and when you eat in the right way. I lost 22 kg in 3 months. I'm now 59 kg, so even one kilo below by my target weight! I feel great and fitter than ever. My skin has also improved, I even get compliments from by beautician!"

Petra van der Meulen, -26 kg
"Even as a young girl I suffered from being overweight. It runs in the family, so no one really noticed, at least not within our own family. And honestly, I had already accepted that I was overweight. Until my brother, who shares the same genes with me, lost a huge amount of weight with GoSlank. He assured me that I would also succeed, and even gave me a jar to try it out. It took a few days to get used to the shakes, but I noticed really quickly through my clothes that I was losing weight. After three days I couldn't resist the urge of getting on the scales. I just had to see if there was any result already, and luckily there was. I had lost no less than 2 kg in such a short time! That was the moment I was totally convinced that GoSlank really works. I have lost 26 kg in 16 weeks. If I can do it, anyone can!"

"With a weight of over 90 kg, I have been having health problems for many years. My cholesterol level was too high and I had pain in my knees and joints. My GP told me that I had to work on losing weight quickly. But how? I finally ended up with GoSlank. After consulting my GP, he considered GoSlank a reliable way to lose weight, as your body will get all the necessary nutrients and vitamins. Following the diet wasn't hard for me, everything was described clear and simple in the brochure. In 3.5 months I went from 96 kg to 78 kg. And besides that, I learned to be more conscious about what I eat. I know that some of the users lose weight faster, but considering my personal circumstances, this is a huge success. I never could have done it all by myself."
Read more experiences of GoSlank users...

Only the best quality

GoSlank has a balanced composition with carefully chosen ingredients that will make it easy to lose weight quickly and healthy. In addition, the GoSlank products are produced in the Netherlands and we guarantee the use of the highest quality ingredients!